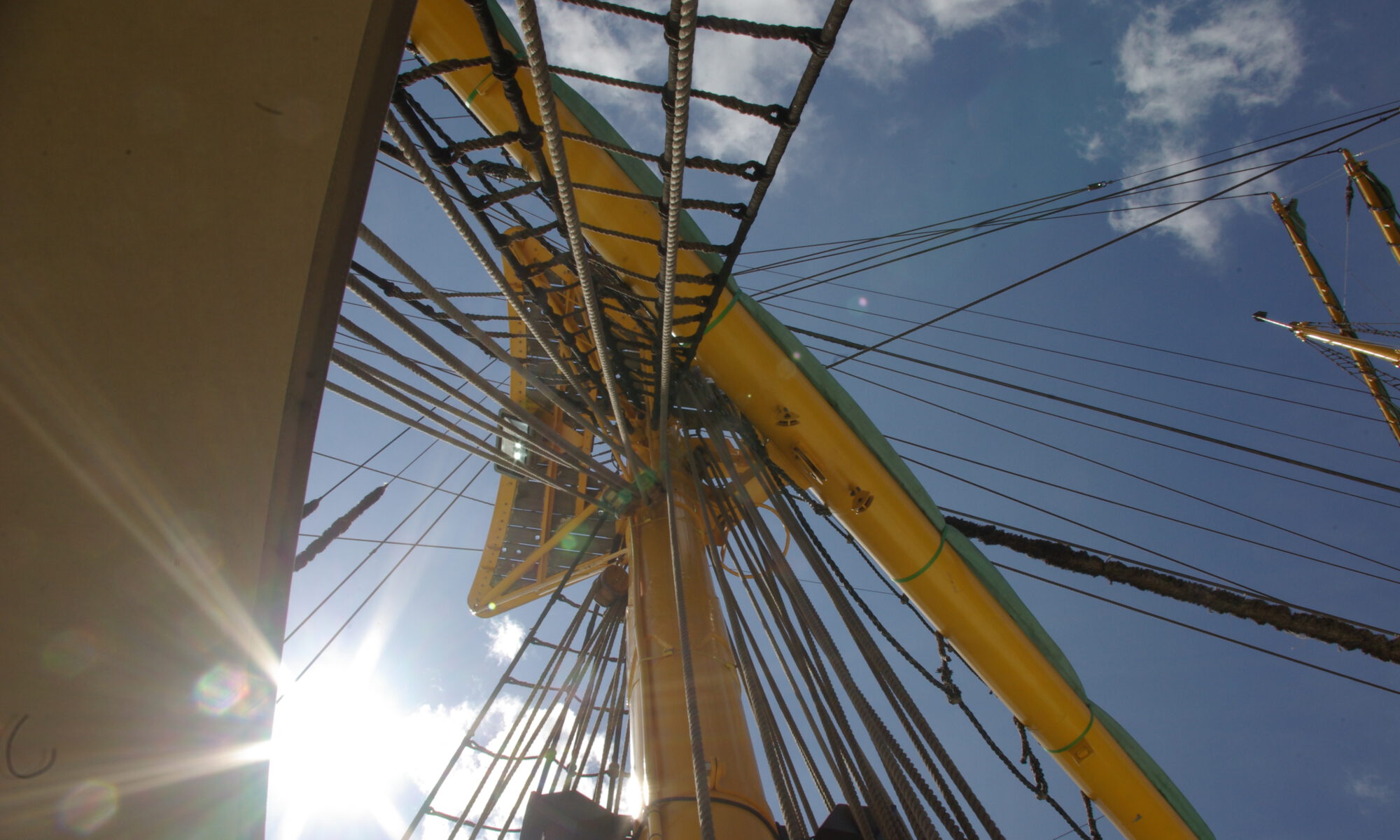 smaller sailing freighters are to emerge. The designs are very different: from very traditional designs to designs corresponding to more modern sailing yachts to designs with alternative sailing concepts (rigid flat sails or wind rotors), everything is represented. In Costa Rica, a 46-metre-long cargo schooner called “Ceiba” is currently being built in the old fashioned way. The Sailcargo project is building the ship in traditional wooden construction. Its design corresponds to sailing ships from the second half of the 19th century.

This is certainly a project that is already extremely planned according to ecological aspects. Whether this ship will also operate successfully in economic terms remains to be seen. However, it is gratifying that enthusiasts have remembered the old techniques and design concepts of more than 200 years ago and have been able to start such a project.

But the question arises whether there is not also room for vehicles powered by sails in the North Sea and Baltic Sea region of the 21st century. Certainly, this is not a form of propulsion that can move ferries or large-volume freighters on its own, but fishing companies, fish farmers or even tourism could potentially make good use of sustainable forms of propulsion.

The “small” fishing industry on the coasts of Northern Europe is in great economic difficulties, as fishing quotas have been greatly reduced in recent years. In many cases, especially very small operators have to close down. They could earn a living if it were allowed to catch more. But this has been prohibited in many areas because of the concrete threat to fish stocks. As a result, these operators, who often maintain only one boat, are no longer able to invest money in new hardware. A campaign for the introduction of new alternative forms of propulsion would only be conceivable here through massive but unlikely subsidies.

So far, there have only been sporadic attempts to introduce sailing freight lines in Northern Europe. These vessels, often operated by enthusiasts, were small sailing vessels, often of advanced age. However, due to unfortunate circumstances or simply insufficient capital, most of these attempts have not survived economically.

From the point of view of the logistics industry, there are several arguments against the use of pure sail propulsion in the North Sea:

Stronger influence of external conditions such as wind and tides;

Shipbuilding no longer supports this method of propulsion; Newbuildings would be more likely to be ordered from suitable yacht builders;

There are problems in licensing and insuring new sailing vessels for operation;

There is a lack of a supply industry, which existed everywhere in the 19th century.

Banks and ship financiers are very unlikely to be interested in such projects. New sources of finance are needed.

The chances for a broader introduction of sailing ships in smaller shipping and fishing are thus rather poor.

This is a pity, because wind as a source of propulsion offers good potential for CO2-neutral shipping in Northern Europe. However, new concepts are needed that deviate from the current ways of motorised commercial shipping. These are not able to support the introduction of sailing freighters and wind-powered fishing vessels. Rather, this industry will tackle alternative energy sources such as hydrogen, LNG or fuels generated from hydrogen, which is what is currently happening.

The number of design firms that can develop functional pure sailing vessels is small. The necessary know-how has simply been lost and is hardly ever taught at universities. Sailing with “tall ships” requires a lot of skill and experience. Those who have not served in a navy as an officer on one of the sailing training ships for a longer period of time can only acquire this knowledge from a few tourist sailing ship operators, but their number is very limited.

The only realistic option is radically different designs from the traditions, using completely different sailing concepts, hull constructions and control systems. This is what is currently happening with the introduction of Flettner rotors on some larger and smaller merchant vessels. The use of automated control systems for the wind drives is the key solution here. There are even proposals for ships powered by the electricity generated by wind turbines.